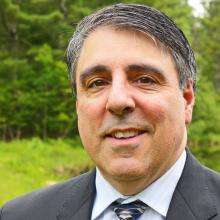 Instructor and Chair of the Education Committee

Dr. Abbondanza graduated from Milford High School and from Boston College (Go Eagles!) with a degree in Psychology. He graduated with honors in the Beta Sigma Kappa International Optometric Honor Society from the New England College of Optometry, where he was appointed Adjunct Clinical Professor of Optometry in 1991. He is a past President and Chairman of the Board of Trustees of the Massachusetts Society of Optometrists, where he was the youngest President in the almost 100-year history of the organization. Dr. John has also served on the Suffolk Superior Court Medical Malpractice Tribunal. He lectures extensively to optometrists, educators, occupational therapists, and other groups on how Behavioral Optometry helps people in their daily lives. Dr. John is also certified in Corneal Refractive Therapy, where contact lenses are used to reshape the cornea as an alternative to eyeglasses or LASIK. He is in private practice at Vision Care Specialists in Southborough with a specialization in vision related learning problems.

Dr. John is a 30-year member of the American Optometric Association and a clinical associate of the Optometric Extension Program Foundation (OEPF), which is the national organization of Behavioral Optometrists. He is board certified in Vision Therapy as a Fellow of the College of Optometrists in Vision Development (COVD). Dr. John serves on the Northeast Regional Congress of Optometrists Committee where he was recently appointed Chair of their Clinical Seminar. He is also on the Budget Committee of the COVD and is the Massachusetts Chairman of the OEP. Additionally, Dr. John is the Massachusetts leader of the national InfantSEE program. 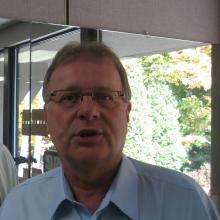 Dr. Hohendorf is a graduate of Illinois College of Optometry (1975), where he participated in an intensified vision therapy protocol under the tutelage of Doctor’s Coleman, Hatfield, and, Leo Manas. After graduation, he practiced in Kentwood, MI, in a full scope practice until 2003, when he moved to Wyoming, MI and established a multidisciplinary clinic, The Vision and Sensory Center. He retired from active practice in 2017.

He is a past-president of the West Michigan Optometric Association and past chair of the Michigan Optometric Association’s Vision Therapy Committee. He is currently a First District Governor of District 11-C-1 LIONS Club in South West Michigan. He participates in LIONS of MI “Project Kidsight” and Establishing District 11-C-1’s “Reading Between the Lions” programs. He has served on the boards of his local Association for the Blind and Visually Impaired and the Kent County Board of Head Start as its president from 1993-1994. He has been a consultant to several local schools and the local professional basketball team, the Grand Rapids Hoops. He was the first OD to receive hospital privileges at Spectrum Health System in their rehabilitation division.

His activities include local, statewide, and International speaking on vision care. He was an Instructor for the Optometric Extension Program Foundation’s Clinical Curriculum. He is currently an Instructor Emeritus and OEPF Education Committee chair. He is a lifetime member of the Michigan and American Optometric Associations.

In his position as the chair of the Clinical Curriculum Development Committee of the OEP, he oversees and helps to develop the continued excellence of all OEP lecture educational offerings. He is responsible for oversight of the OEP Clinical Curriculum Instructors, Affiliated Meetings, and Regional Clinical Seminar Committees. 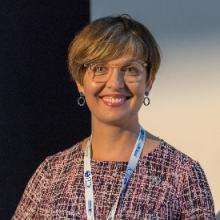 Meredith Graham (nee Abbott) graduated Bachelor Applied Science (Optometry) at the Queensland University of Technology, Brisbane Australia, in 1997 with Honours. She has worked in both corporate and independent optometry practices. Currently, she is in practice with her husband Paul Graham, also an OEPF faculty member, on the Gold Coast.

Meredith became a Fellow of the Australasian College of Behavioural Optometrists in 2011. Meredith’s professional interests include: paediatric vision care, vision therapy and neuro-optometric rehabilitation. Meredith began her journey with the OEP Clinical Curriculum in 2006 and became an instructor in training in 2014.

Meredith and Paul have 3 children. Together, they enjoy their coastal lifestyle, swimming, boating and paddling in the surf and creeks, with the mountains just a short 30-minute drive to the west. As a family, they have travelled and camped around Australia, amongst their most notable trips, camping in the Simpson Desert and touring Kakadu National Park.

Meredith enjoys teaching and educating others about the importance of vision. She regular speaks at schools and for community groups, as well as to her peers.

2014 Austswim conference “The link Between Vision and Learning”

Timolol lowers intraocular pressure but does not inhibit the development of experimental myopia in chick Exp Eye Res. 2000 May;70(5):659-66 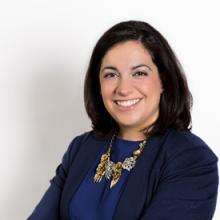 Dr. Virginia Donati graduated from the University of Waterloo in Ontario, Canada in 2002 with a degree in General Sciences. She then graduated the Pennsylvania College of Optometry in 2006 with a citation for Clinical Excellence and the Student Award in Clinical Ethics from the American Schools and Colleges of Optometry (ASCO).

Dr. Donati lectures to optometrists who are interested in learning more about Vision Therapy and is involved extensively in training of Vision Therapists. She is the lead instructor for VTC’s Practical Vision Therapist Accreditation Program (PVTAP).

Dr. Donati serves on the College of Optometrists of Ontario’s Quality Assurance Committee as an assessor of clinical records, is a clinical associate of the Optometric Extension Program Foundation (OEPF), is involved in the “Eye See Eye Learn” program in Canada, is board certified in Vision Therapy as a Fellow in the College of Optometrists in Vision Development (COVD), and is engaged in the instructor development program with the OEPF. 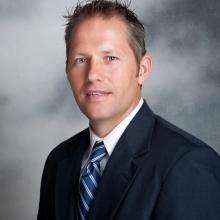 Geoff has practiced in various parts of the country, and currently resides in SW Michigan with his wife and their children.

Dr. Heddle has spent time as an adjunct faculty member of Indiana University’s school of Optometry. He has also been involved in InfantSee, and HeadStart.

Dr. Heddle’s history of sports participation and passion for Behavioural Optometry provides him a unique insight to the field of Sports Vision. He has lectured extensively, around the world, on the topic.

He is a clinical associate of OEPF, and a member of COVD, NORA and CSO. He currently is on the CSO board and is a Fellow of the College of Syntonic Optometry